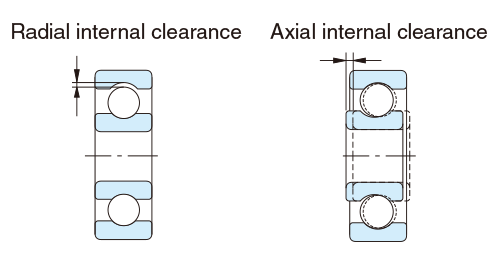 In measuring internal clearance, a specified load is generally applied in order to obtain stable measurement values.
Consequently, measured clearance values will be larger than the original clearance by the amount of elastic deformation due to the load applied for measurement.
As far as roller bearings are concerned, however, the amount of elastic deformation is negligible.
Clearance prior to mounting is generally defined as the original clearance.