Sealing devices not only prevent foreign matter (dirt, water, metal powder) from entering, but prevent lubricant inside from leaking. If the sealing device fails to function satisfactorily, foreign matter or leakage will cause bearing damage as a result of malfunction or seizure.
Therefore, it is necessary to design or choose the most suitable sealing devices as well as to choose the proper lubricating measures according to operating conditions.
Sealing devices may be divided into non-contact and contact types according to their structure.
They should satisfy the following conditions :

A non-contact type sealing device, which includes oil groove, flinger (slinger), and labyrinth, eliminates friction because it does not have a contact point with the shaft.
These devices utilize narrow clearance and centrifugal force and are especially suitable for operation at high rotation speed and high temperature. 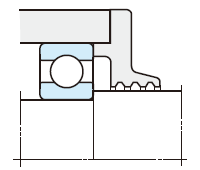 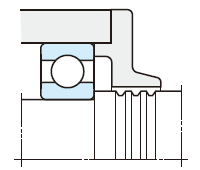 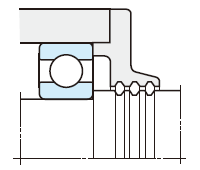 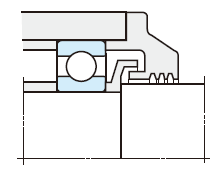 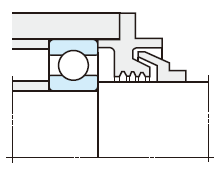 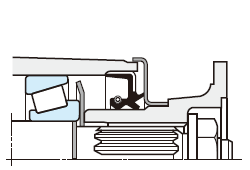 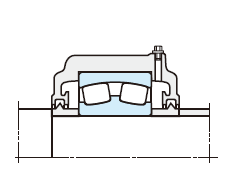 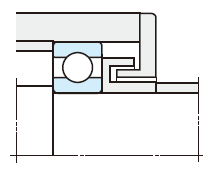 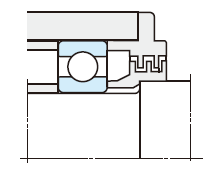 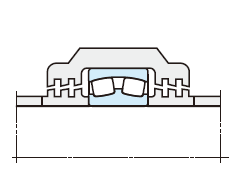 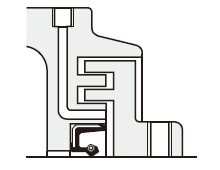 This type provides a sealing effect by means of the contact of its end with the shaft and are manufactured from synthetic rubber, synthetic resin, or felt.
The synthetic rubber oil seal is most popular. 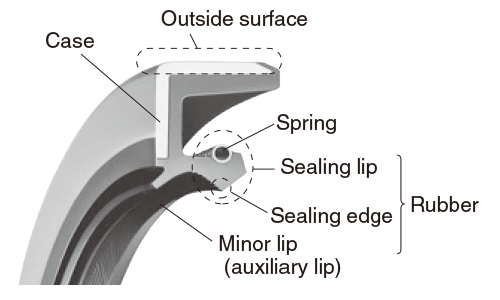 Oil seals without minor lips are mounted in different directions according to their operating conditions (shown in Fig. 14-9). 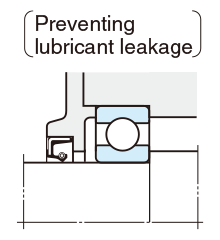 (a) Front facing inside 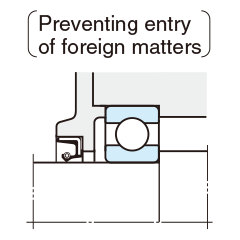 (b) Front facing outside

Fig. 14-9 Direction of sealing lips and their purpose

When the seal is used in a dirty operating environment, or penetration of water is expected, it is advisable to have two oil seals combined or to have the space between the two sealing lips be filled with grease.
(shown in Fig. 14-10)

Respective seal materials possess different properties. Accordingly, as shown in Table 14-9, allowable lip speed and operating temperature differ depending on the materials. Therefore, by selecting proper materials, oil seals can be used for sealing not only lubricants but also chemicals including alcohol, acids, alkali, etc.

To ensure the maximum sealing effect of the oil seal, the shaft materials, surface roughness and hardness should be carefully chosen.
Table 14-10 shows the recommended shaft conditions.

2) Felt seals and others

Although felt seals have been used conventionally, it is recommended to replace them with rubber oil seals because the use of felt seals are limited to the following conditions.

Contact type sealing devices include mechanical seals, O-rings and packings other than those described herein.