Loads affecting bearings includes force exerted by the weight of the object the bearings support, transmission force of devices such as gears and belts, loads generated in equipment during operation etc.
Seldom can these kinds of load be determined by simple calculation, because the load is not always constant.
In many cases, the load fluctuates, and it is difficult to determine the frequency and magnitude of the fluctuation.
Therefore, loads are normally obtained by multiplying theoretical values with various coefficients obtained empirically.

Even if radial and axial loads are obtained through general dynamic calculation, the actual load becomes greater than the calculated value due to vibration and impact during operation.
In many cases, the load is obtained by multiplying theoretical values by the load coefficient. 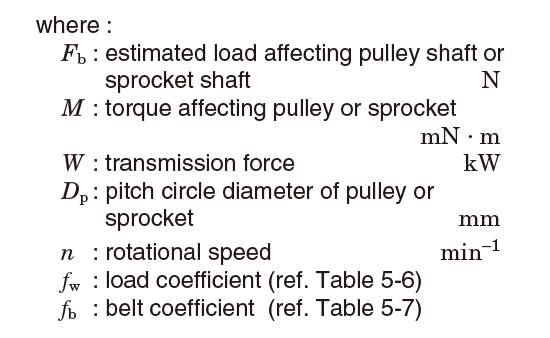 (2) Calculation of load on gears 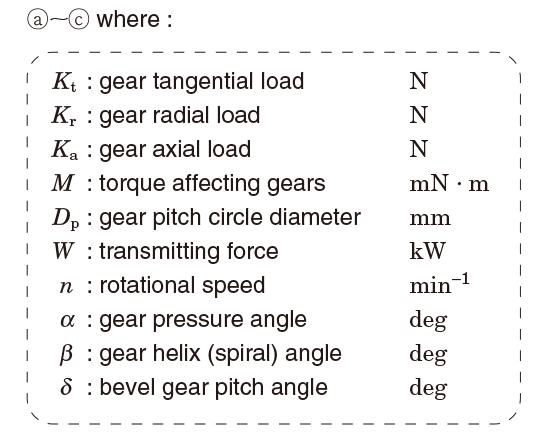 [Remark] Rotating directions are described as viewed at the back of the apex of the pitch angle. 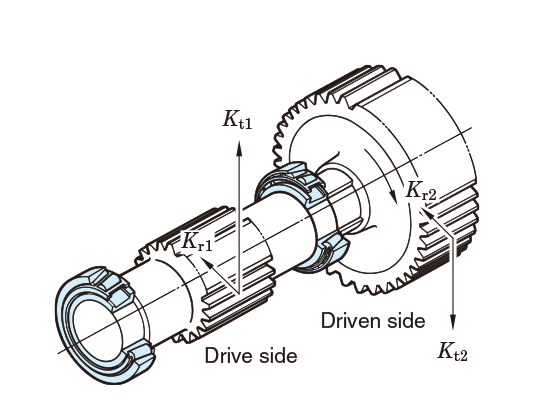 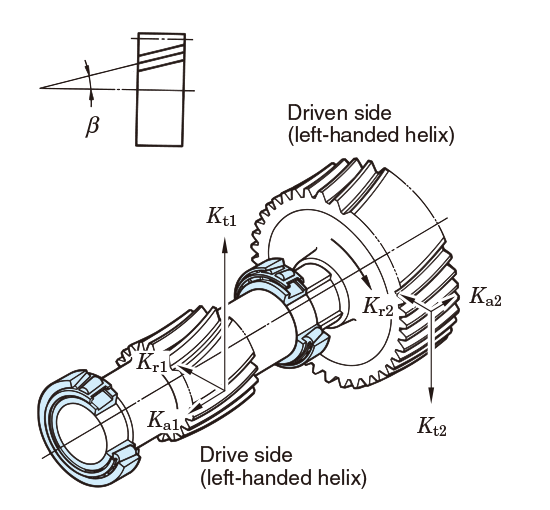 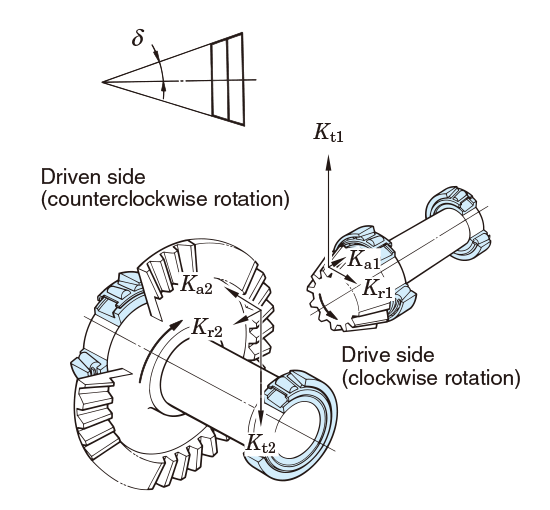 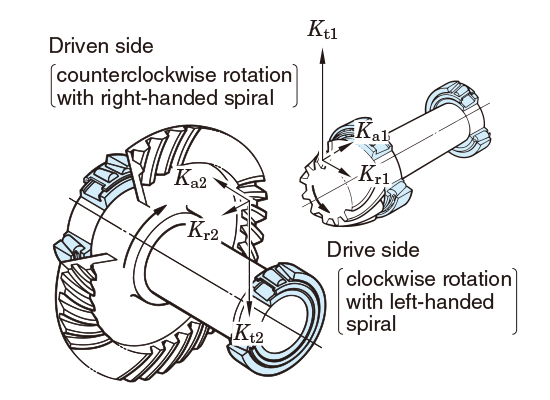 Bearings shown in Exs. 3 to 5 are affected by components of axial force when these bearings accommodate radial load, and axial load (Ka) which is transferred externally, i.e. from gears.
For calculation of the axial load in this case, refer to page Dynamic equivalent load.

Description of signs in Examples 1 to 5 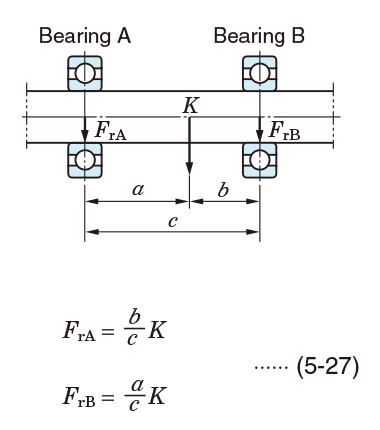 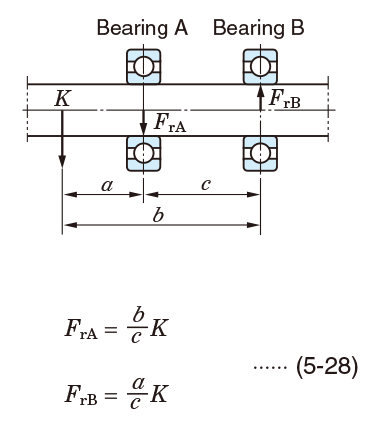 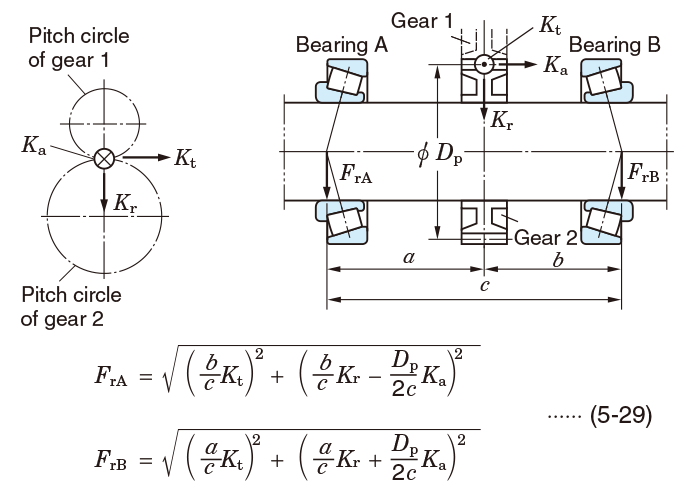 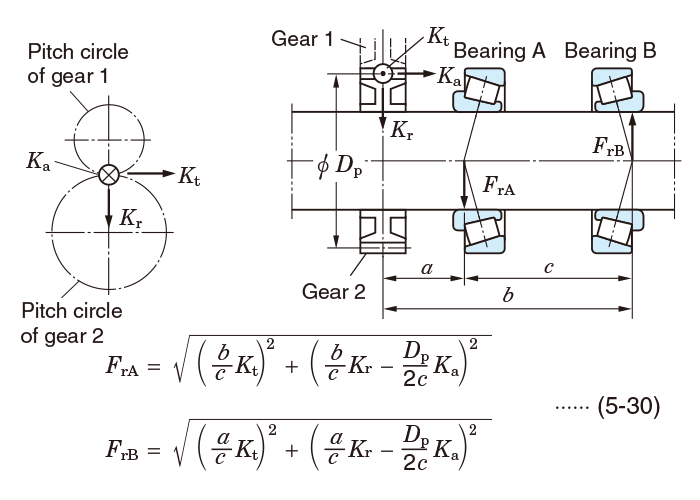 Example 5 Simultaneous application of gear load and other load 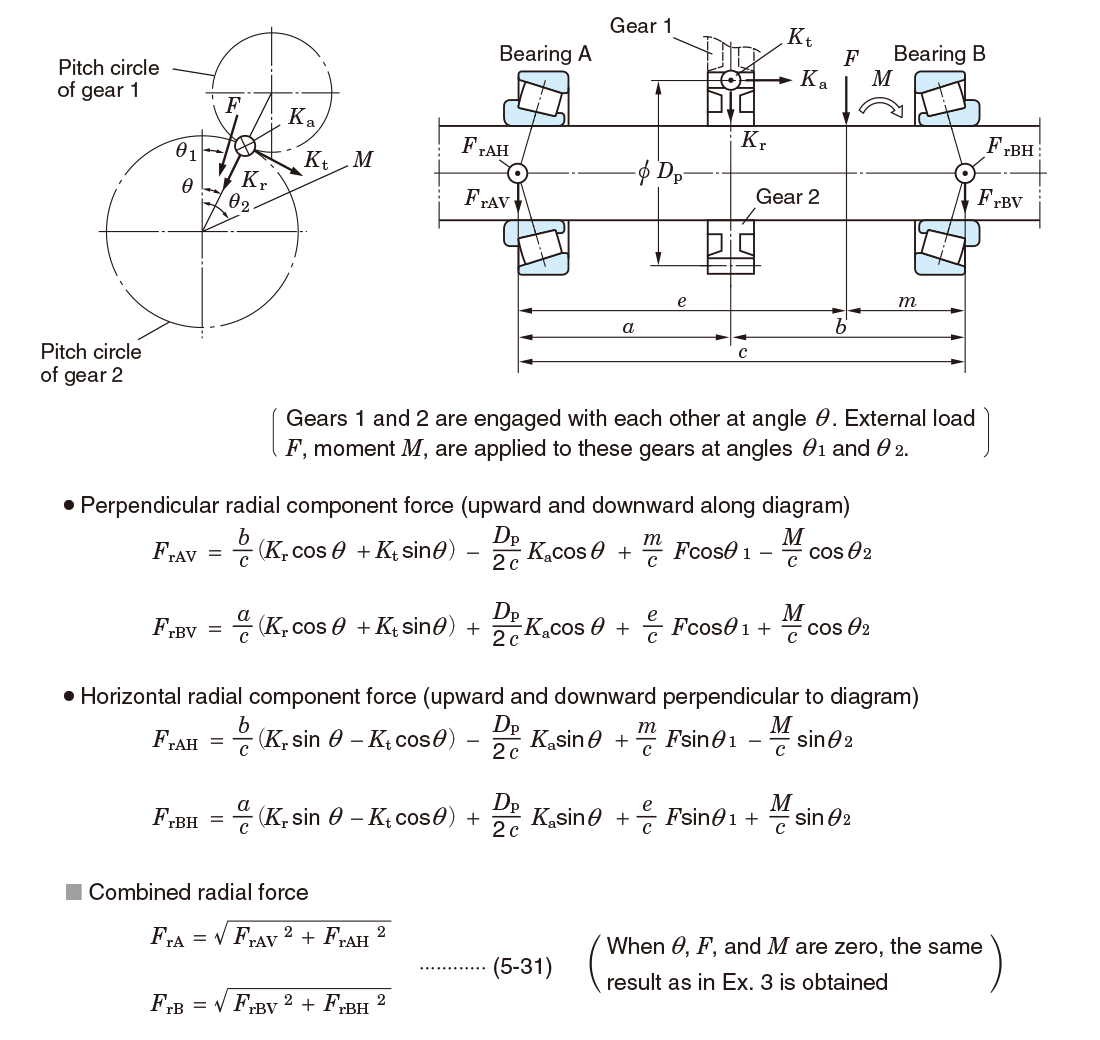